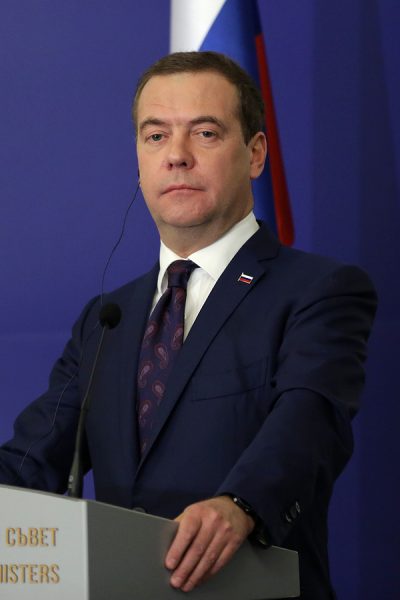 Medvedev in 2019, photo by Belish/Bigstock.com

His father, Anatoly Afanasyevich Medvedev, was a chemical engineer teaching at the Leningrad State Institute of Technology. His mother, Yulia Veniaminovna (Shaposhnikova) Medvedeva, studied languages at Voronezh University and taught Russian at Herzen State Pedagogical University. He is married to Svetlana Vladimirovna Linnik, with whom he has a son.