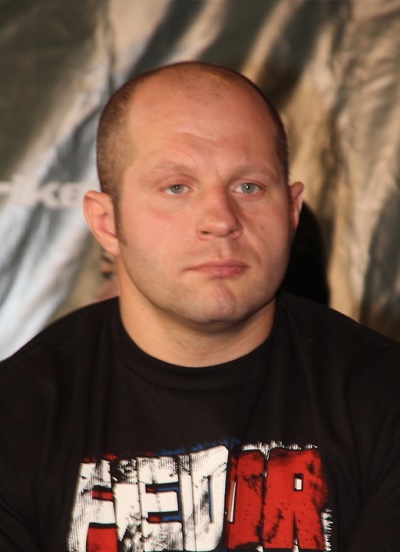 Fedor Emelianenko is a Ukrainian-Russian heavyweight mixed martial artist (MMA), sambist, judoka, and politician. He competes for Rizin Fighting Federation and Bellator MMA. He has won championships and accolades in MMA Pride Fighting Championships, the FIAS World Combat Sambo Championship, and the Russian Judo Federation National Championship. He is nicknamed “The Last Emperor.” He has a large number of fans in countries like Japan, Korea, the U.S., and in Russia. Fedor is considered to be the most dominant heavyweight MMA fighter of all time. He is 6 feet tall and 233 pounds, and does not have a cut physique like many heavyweights. Despite his seemingly unfavourable physical traits, Fedor has found a way to dominate his division.

He was born in Rubizhne, Ukrainian SSR, Soviet Union, and moved to Belgorod, now in Russia, with his family at the age of two. He resides in Belgorod. Fedor started martial arts training with Judo and Sambo, a Russian martial art with roots in folk styles of Wrestling and Judo. He was part of the Russian national Judo team in 1997.

He is married to Oksana. He has a daughter with Oksana, and two children with his former wife Marina. He is a practicing Orthodox Christian.