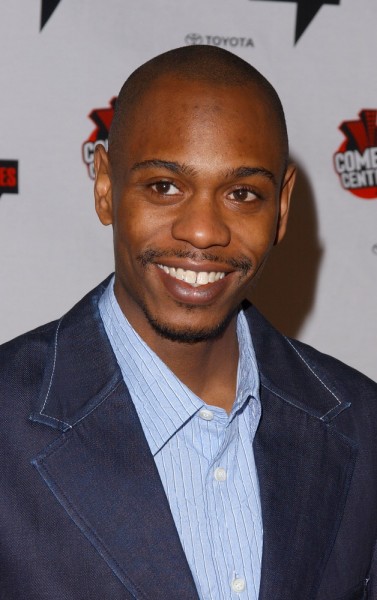 Chappelle in 2003, photo by Prphotos.com

Dave Chappelle is an American stand-up comedian, actor, writer, and producer. He is known for his television series Chapelle’s Show, and for his stand-up comedy act.

Dave is the son of Yvonne K. (Reed) and William David Chapelle III, both professors. His mother is also a Unitarian Universalist minister. Dave’s African ancestry includes Ivorian. Dave is married to Elaine Erfe, with whom he has three children.

Dave’s paternal grandfather was Henry Talmage Chappelle (the son of William David Chappelle and Rosina/Rosena C. Palmer). Henry was born in Tennessee. Dave’s great-grandfather William D. Chappelle was an educationalist, and a bishop of the African Methodist Episcopal Church, who was President of Allen University. He was the son of Henry H. Chappelle and Patsie/Patsy McCrory/McCory. Dave’s great-grandmother Rosina’s father, Robert J. Palmer, who was a merchant and owned land, was a member of the South Carolina Legislature, then majority black, during Reconstruction.

Dave’s maternal grandmother was named Beatrice Beakes Murray/Murry (the daughter of Moses Butler Beakes). Beatrice was born in Grenada, and was a real estate broker and civil rights activist.