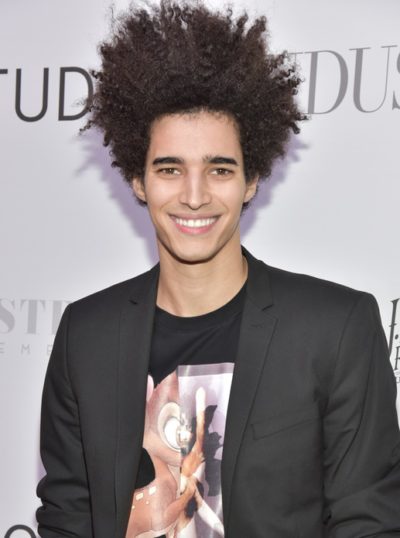 Luis Borges is a Portuguese model. He is also known under the nickname “The Afro Boy”.

Luis was born in Lisbon, Portugal, to a Cape Verdean mother, Maria Teresa Semedo Borges, who was deported to Cape Verde two months after his birth. He was then raised by his uncle, João Borges, and aunt, Maria do Céu Semedo, in Castelo Branco, Portugal. Luis met his biological mother for the first time at the age of 23. She is pictured here.

According to Luis, his biological father has been described by his mother as being “a very tall, blond, either Swedish or French sailorman named Peter”.