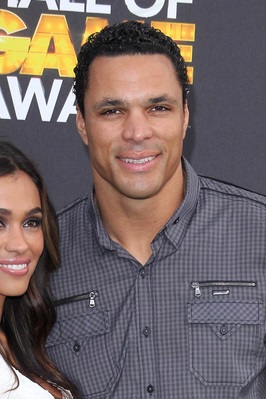 Tony Gonzalez is an American professional football player. He was a tight end. He was inducted into the Football Hall of Fame in 2019.

Tony is the son of Judy Carmen Nunley and Roger Gonzalez. He is married to October. He has three children with October, and a son with his former partner, entertainment reporter Lauren Sánchez.