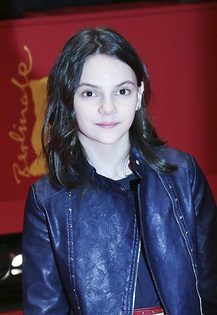 Keen in 2017, photo by Denis Makarenko/Bigstock.com

Dafne Keen is a Spanish and English actress. She is known for her roles in the film Logan (2017) and the series His Dark Materials.

Dafne was born in Spain. Dafne’s father, Will Keen (William Walter Maurice Keen), is a British actor, of English, Irish, Scottish, and remote French, descent; he comes from an upper-class family with genealogical connections to many prominent Britons. Dafne’s mother, María Fernández Ache, is a Spanish actress, theatre director, and writer.

Dafne’s paternal grandfather is Charles William Lyle Keen (the son of Harold Hugh Keen and Catherine Eleanor Lyle Cummins). Charles was born in Surrey Mid Eastern, Surrey, England. Harold was the son of W. B. Keen. Catherine was the daughter of Stevenson Lyle Cummins and Eleanor Fenton Hall, who was born in Cork, Ireland.

Sources: Genealogy of Dafne Keen (focusing on her father’s side) – https://www.geni.com