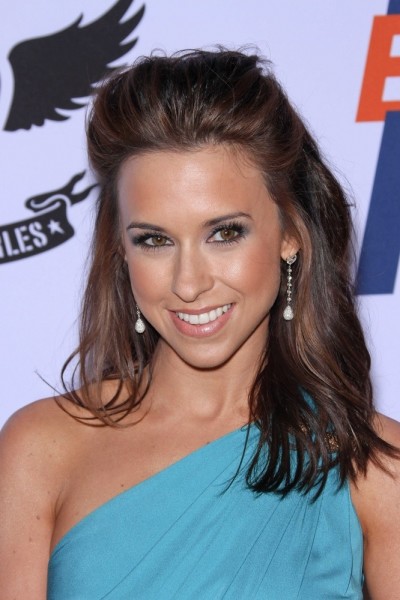 Chabert in 2012, photo by Prphotos

Lacey Chabert is an American actress and singer. She is known for her roles in the films Lost in Space, Not Another Teen Movie, Daddy Day Care, Mean Girls, and Black Christmas (2006), the series Party of Five, animated works such as The Wild Thornberrys and Rugrats, and almost 30 Hallmark productions, including Christmas at Castle Hart.

Her father is of Cajun (French), one quarter Italian/Sicilian, and some English, ancestry. Her mother is of mostly English, and some Scottish, descent.

Lacey is married to David Nehdar, with whom she has a daughter.

Lacey’s paternal grandfather was Louis Chabert (the son of Norbert P. Chabert and Marie Argentine/Argentina Delise). Louis was born in Louisiana. Norbert was the son of Louis Sacerdos/Sacerdose Chabert and Ernestine Eve LeFort. Marie was the daughter of Joseph Delise, who was Italian, and likely was born in Termini Imerese, Palermo, Sicily; and of Lucia/Lucille LoPinto/Pinto, who was also Italian.

Lacey’s maternal grandfather was Edna Sue Jordan (the daughter of Jefferson Clyde Jordan and Bertha Lee Brunson). Edna was born in Mississippi. Jefferson was the son of Carl Stance Jordan and Matilda Jane Loper. Bertha was the daughter of Ollie Lawrence Brunson and Virgie Polly Hodge.

Sources: Genealogy of Lacey Chabert (focusing on her father’s side) – https://www.wikitree.com