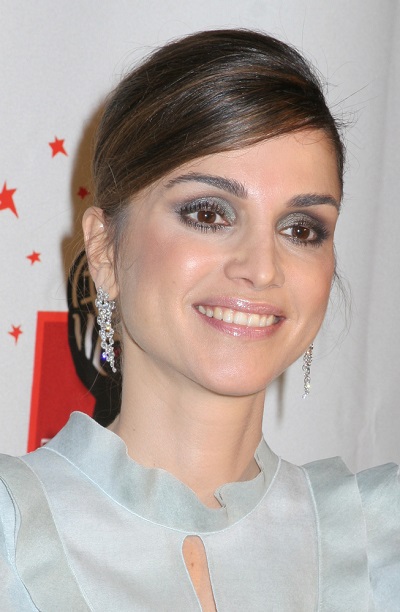 Queen Rania has four children with her husband. Their oldest child, Hussein, Crown Prince of Jordan (born 28 June, 1994), is first in line (heir apparent) to the throne of Jordan. The Crown Prince’s ancestry is one quarter Jordanian Arab, one quarter English (both through his father), and one half Palestinian Arab (through Rania).