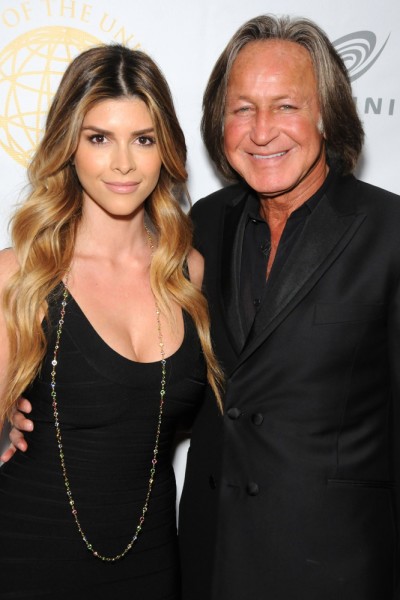 Hadid with former fiancée Shiva Sofai in 2014, photo by Prphotos

Mohamed Hadid is a Jordanian-American real estate developer. He is the son of Kharia (Daher) and Anwar Mohamed Hadid. He has five children, two with his former wife Mary Butler; and three, models and television personalities Gigi Hadid and Anwar Hadid, and model and equestrian Bella Hadid, with his former wife, television personality, model, and interior designer Yolanda Hadid.

Mohamed is of the Muslim religion, and has said, “I wouldn’t call myself a ‘devout’ Muslim… but I’m very proud of my heritage.”

However, Mohamed’s daughter Bella has said, “He [Mohamed] was always religious, and he always prayed with us. I am proud to be a Muslim.”

Mohamed has said that he is descended from Zahir al-Umar, an autonomous Arab ruler of northern Palestine in the mid-18th century.

A DNA test whose results Mohamed’s daughter Gigi displayed on her Twitter page stated that Gigi’s genetic ancestry is: