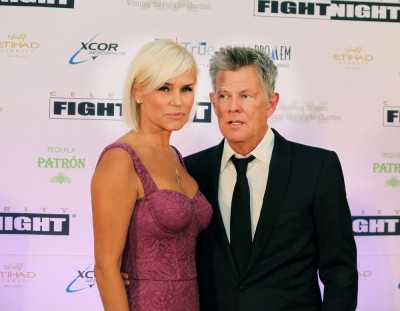 Hadid and former husband David Foster in 2014, photo by prphotos

Yolanda is the daughter of Johanna “Ans” (Groenenberg) and Gerard van den Herik. Her mother is pictured here.

A DNA test whose results Yolanda’s daughter Gigi displayed on her Twitter page stated that Gigi’s genetic ancestry is:

Source: Genealogy of Yolanda Hadid (focusing on her mother’s side) – https://www.geni.com