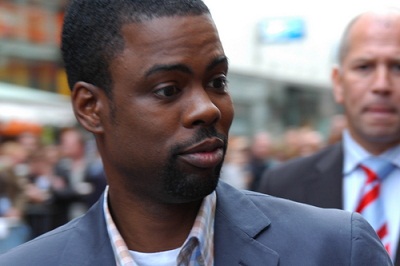 He is the son of African-American parents, Rosalie (Tingman) and Christopher Julius Rock. He was born in Andrews, South Carolina, and was raised mostly in Brooklyn, New York City, New York, in Crown Heights and Bedford–Stuyvesant. Chris has two children with his former wife, salon founder Malaak Compton-Rock.

Chris’s paternal grandfather was named The Rev. Allen Rock (the son of Abraham Rock and Mary). The Rev. Allen was born around Eutawville, South Carolina.

Chris’s maternal grandfather was Wesley Tingman (the son of James Tingman and Emma Telefair). Wesley was born around Andrews, South Carolina. James’s father, Chris’s great-great-grandfather Julius Caesar Tingman, was a former slave who served with the Union during the Civil War, with the U.S. Colored Troops. He was elected to the South Carolina state legislature in 1872. James’s mother was Eliza Ann Moultrie.

Chris’s maternal grandmother was Pearl McClam (the daughter of The Rev. Romy/Rumnie/Romeo McClam and Margaret “Maggie” McFadden). Pearl was born around Andrews, South Carolina. The Rev. Romy was the son of Lewis McClam and Tishia Graham.

A DNA test whose results were displayed on the show African American Lives 2 (2008) stated that Chris’s genetic ancestry is:

In his 2009 book about the show, In Search of Our Roots: How 19 Extraordinary African Americans Reclaimed Their Past, Henry Louis Gates, Jr. wrote that 45% of Chris’s African DNA matches Upper Guinea (Senegal to Liberia), 30% matches Benin and western Nigeria, and 25% matches the Congo-Angola region.