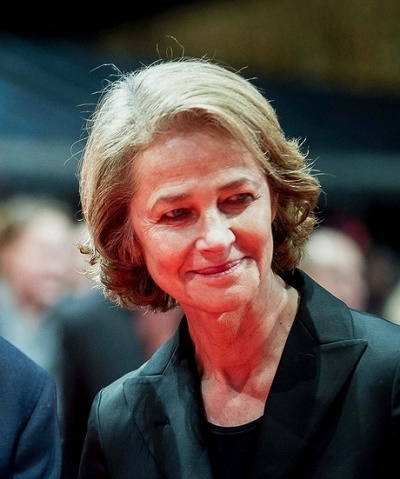 Rampling in 2015, photo by Prphotos.com

Charlotte Rampling is an English actress, model, and chanteuse. She is the daughter of Isabel Anne (Gurteen), a painter, and Godfrey Rampling (Godfrey Lionel Rampling), an Olympic athlete and soldier. Her mother is descended from Daniel Gurteen, who founded the Gurteen & Sons clothing company, in 1784.

Charlotte’s paternal grandfather was Horace Johnson Rampling (the son of James Bacon Rampling and Alice Johnson). James was the son of Thomas B. Ramplin and Elizabeth Steggel. Alice was the daughter of Sarah.

Charlotte’s maternal grandfather was Frank William Gurteen (the son of Jabez Gurteen and Angelina Ann Sharp). Jabez was the son of Daniel Gurteen and Caroline Basham.

The Gurteen family may have a remote (1600s) French Huguenot origin.

Genealogy of Charlotte Rampling (focusing on her mother’s side) – https://www.wikitree.com