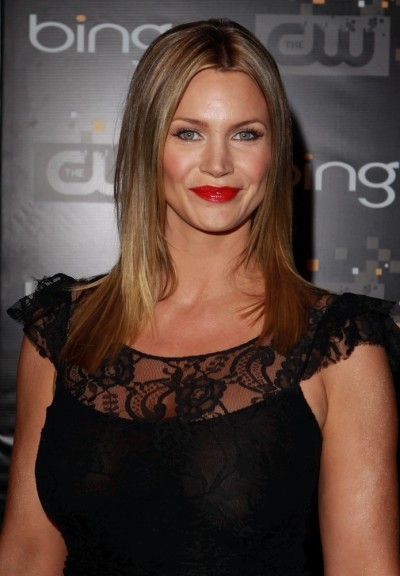 Henstridge in 2011, photo by Prphotos

Natasha Henstridge is a Canadian actress and fashion model. She is known for starring in the Species films.

Natasha is the daughter of Helen and Brian Henstridge. She has two children with her former partner, American actor Liam Waite.

Natasha is said to have ancestry from the Mi’kmaq Nation [First Nations], possibly on her mother’s side. It is not clear if this is accurate.

Her surname is English.

Natasha’s paternal grandfather was Matthew Henstridge (the son of George Henstridge and Annie/Anne Beatrice Vincent). Matthew was born in Green Bay, Newfoundland. George was the son of James William Henstridge and Martha Roberts. Annie was the daughter of Henry Vincent and Lavinia/Olivia A. Budgell.

Natasha’s maternal grandfather was Thomas Patrick Head (the son of Michael Lewis Head and Elizabeth A. Seymore/Seymour). Thomas was born in White Bay, Newfoundland. Michael was the son of John Head, whose mother was born in England, and of Lucy Lewis.

Natasha’s maternal grandmother was Lulu Winnifred/Winfred Croucher (the daughter of Stanley Croucher and Leah Jeannette/Janet Pinsent). Lulu was born in Newfoundland. Stanley was the son of Samuel Croucher/Crouch and Rachel Bridge.