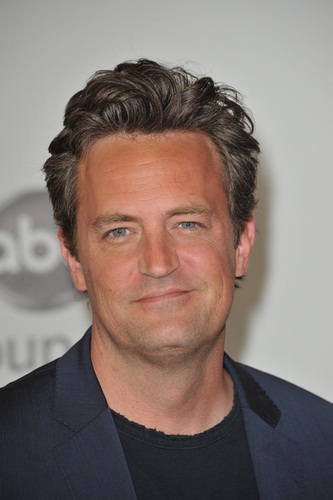 Perry in 2010, image via Featureflash / Shutterstock.com

Matthew Perry is an American and Canadian actor and writer.

His father, actor John Bennett Perry, who is American-born, has English, Irish, German, and Swiss-German ancestry. His mother, Suzanne Marie (Langford), who is Canadian-born, has English, Irish, and French-Canadian ancestry. She was a press secretary to Canadian Prime Minister Pierre Trudeau. Matthew’s stepfather is Keith Morrison, who was an investigative reporter for NBC Dateline.

Matthew’s patrilineal line can be traced to John Perry, who was born, c. 1588, in Hampshire, England.

Matthew’s paternal grandfather was Alton L. Perry (the son of Carl Schurz Perry and Mary Ann Gillick). Alton was born in Vermont. Carl was born in Readsboro, Vermont, and had English ancestry, the son of Crosby Alpheus Perry and Ida B. Cutler. Mary Ann was born in Massachusetts, to Irish parents, Patrick Gillick and Mary A.

Genealogy of Matthew Perry (focusing on his father’s side) – https://www.geni.com