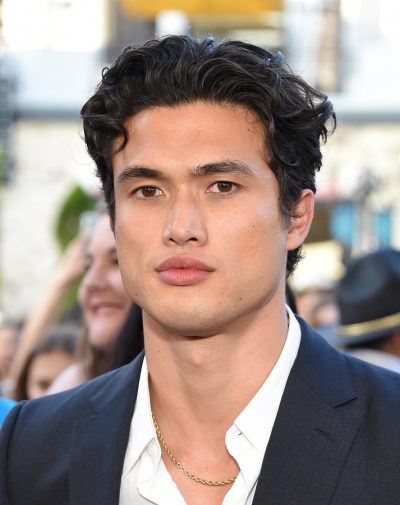 Melton in 2019, photo by DFree/Bigstock.com

Charles Melton is an American actor, model, and football player. He appears on the show Riverdale, and has starred in the films The Sun Is Also a Star (2019) and Bad Boys For Life (2020). In The Sun…, his character, Daniel Bae, is the son of Korean immigrants.

Charles was born in Juneau, Alaska, and was raised in Manhattan, Kansas, having also lived in Pyeongtaek, Gyeonggi, South Korea. Charles’s father, Philip, who is American-born, is white, and is of mostly English ancestry, with deep roots in North Carolina. Charles’s mother, Sukyong, is Korean. She moved to the U.S. with Charles’s father in 1990. A picture of Charles with his mother can be seen here.

Charles is said to have Cherokee Native American ancestry on his father’s side. It is not clear if this Cherokee ancestry has been verified/documented. All of Charles’s paternal great-grandparents and great-great-grandparents are listed as “White” on United States Censuses.

…my mother is an immigrant. I’m an army brat – so I grew up traveling every two to four years. My father met my mother in Korea, and I remember being 12 years old and my mom was in the process of getting her American citizenship… I’m proud of my heritage… I’m proud of being American, and I’m proud of being Korean, and I’m also proud of being mixed race where I can represent two cultures – essentially the culture of what “American” is. Growing up, I never saw anybody that looked like me on TV, and to be part of that change that is happening right now in this industry is – I don’t take that lightly.

Charles’s paternal grandmother is Gladys Joyce Brann (the daughter of Philip Elmer Brann and Nessie/Nissie Joyner). Gladys was born in North Carolina. Philip was the son of Will/William Rasberry Brand/Brann, Jr. and Ida Dolly Tyson. Nessie was the daughter of Jim/James Joyner and Georgie/George/Georgia Frances Parris/Parish.

To be on both sides, being Caucasian and Asian… It’s weird when some people try to measure your Asian-ness, when it’s like, “I’m Asian.” It’s so extreme. “Oh, you’re half, but you’re not Asian.” I am Asian. I’m probably more “Asian” than you. I grew up in Korea. I grew up speaking Korean and being spanked by my mom with the rice spoon. Then you have people in America that are second or third generation but they’re full Asian. Do they see themselves as more “Asian” than you when you’re just half or a quarter? When you grew up in Asia?… When I was in Korea, people knew I was Korean, but they knew I wasn’t full. When I’m somewhere like Kansas or Texas, they’re like “Oh, you’re Asian.” Depending on where you are in the world or the U.S. affects how people are going to measure your “Asian-ness.”