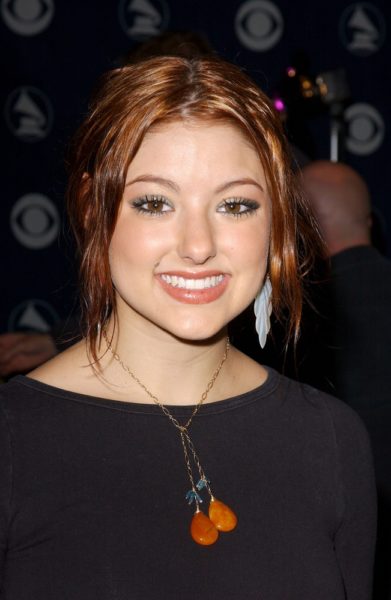 Stacie Orrico is an American singer, songwriter, and actress.

She was raised partly in Denver, Colorado. Stacie is married to actor Isaiah Johnson, with whom she has a son.

Stacie’s paternal grandmother was Phyllis Rose Jones (the daughter of Henry Jones and Rose Hodges). Phyllis was born in Washington, to Welsh and English immigrants.

Stacie’s maternal grandfather was named Richard “Dick” Schmautz (son of Herbert Schmautz and Emma/Erma). Herbert was the son of Jacob Schmautz and Sophia Gessele, who were ethnic Germans from the Russian Empire, with Sophie being from Johannestal, Beresan District, now Ukraine.

Stacie’s maternal grandmother is Jane Palmer (the daughter of Cecil Stanley Palmer and Olive E. Arntson). Jane was born in Washington. Cecil was born in Montana, the son of Walter Daniel Palmer and Dessie/Desse/Dessa E. Robertson, and had English, and distant Dutch, Scots-Irish/Northern Irish, Irish, Welsh, and Cornish, ancestry. Olive was born in Norway or Sweden. Olive’s father, Olaf/Olof Arntson, was born in Sweden, to a Norwegian father and a Swedish mother. Olive’s mother, Martha/Marta Adolfson, was born in Sweden, to Norwegian parents, with her own mother being from Haukebo, Trondenes, Troms.