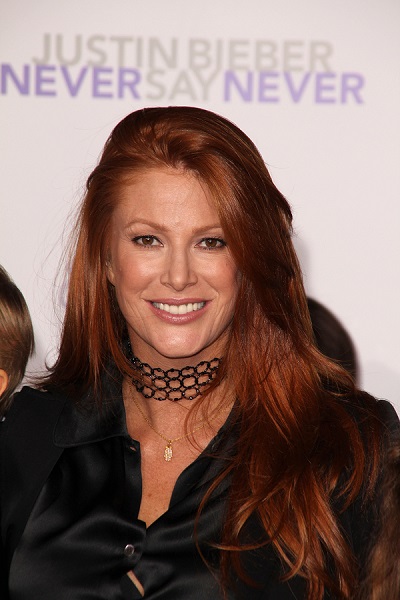 Everhart in 2011, photo by s_bukley/Bigstock.com

Angie Everhart is an American model and actress. Her family surname was spelled Eberhard several generations back.

She is married to Carl Ferro. She has a son with her former partner Chad Stansbury.

Angie’s maternal grandfather was Cletus Hayes Book (the son of Irvin Olestus/Aley Book and Ida Florence Ritter). Cletus was born in Ohio. Irvin was the son of John Book and Amanda/Manda Barnthouse. Ida was the daughter of J. H. Ritter and Mattie Morris.

Genealogy of Angie’s maternal grandmother, Irene Elizabeth Ross (focusing on her own father’s side) – https://www.findagrave.com