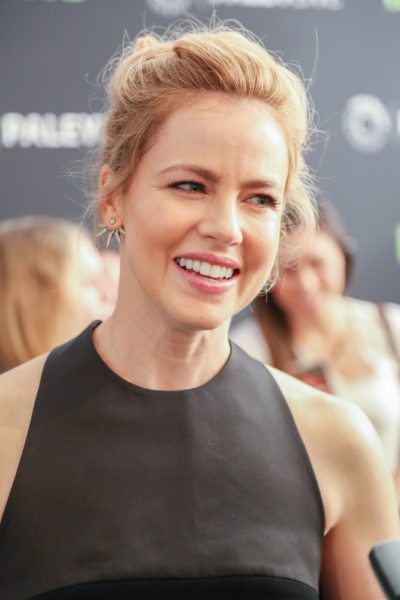 Schull in 2016, photo by Prphotos.com

Amanda Schull is an American actress and professional ballet dancer. Her roles include the film Center Stage and the series One Tree Hill and Pretty Little Liars.

Amanda’s mother, Susan Schull, is the president of Ballet Hawaii. She is married to George Wilson, with whom she has a son.

Amanda’s paternal grandfather was Herman Walter Schull, Jr. (the son of Brigadier General Herman/Hermann Walter Schull and Loraine Edson). Amanda’s grandfather Herman was born in Pennsylvania. Amanda’s great-grandfather Herman was born in Cheshire, England, the son of Ludolph Moritz Schüll, a German emigrant, from Düren, and of Anna Jane Johnson, who was English. Loraine was the daughter of Joseph Romanzo Edson, who had deep roots in the U.S., and of Marion L. Goodall, whose parents were from England and Ireland, respectively.

Amanda’s paternal grandmother was Helen Gunner (the daughter of Edwin Gunner and Margaretta Amanda Spurgin). Helen was born in Buffalo, New York. Edwin was the son of Austrian immigrants, Rudolph Emanuel Gunner and Augusta Urfus. Margaretta was the daughter of William Fletcher Spurgin and Martha Lucia Hair, and had deep roots in the U.S.