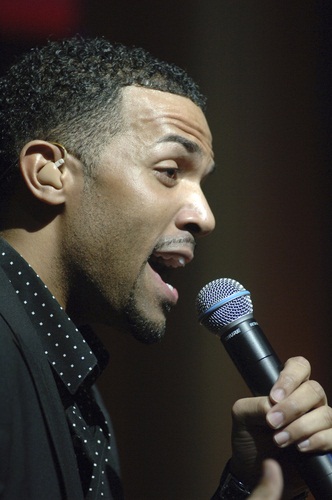 He was born in Southampton, Hampshire, England. His father is a Black Grenadian and his mother is a white British woman. His maternal grandfather was born to an Ashkenazi Jewish family, and his maternal grandmother, who was of English ancestry, converted to Judaism. Craig has said that he considers himself Jewish.

Craig’s maternal grandfather was Reginald Loftus (the son of Harry J. Loftus and Anna/Annie Lubel/Luble). Reginald was born in Southampton, Hampshire, England. The Loftus surname was originally Lofshitz. Harry and Anna were Polish Jews, born in Bialystok. Harry was the son of Fanny. Anna was the daughter of Mendel Gerszowicz Lubel and Sarra Elka Rejzel.

Craig’s maternal grandmother is Lily H. Bostock (the daughter of Alfred Bostock and Alice A. Stone). Lily was born in Sheffield, Yorkshire, England.