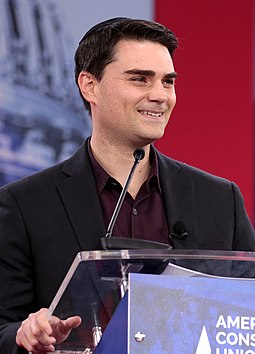 Shapiro in 2018, photo by Gage Skidmore

Ben Shapiro is an American conservative political commentator, public speaker, author, and lawyer. He is an Orthodox Jew.

A DNA test whose results Ben displayed on his Twitter page stated that Ben’s genetic ancestry is:

Ben is a first cousin of actress Mara Wilson.

Genealogy of Ben Shapiro (focusing on his father’s side) – https://www.geni.com