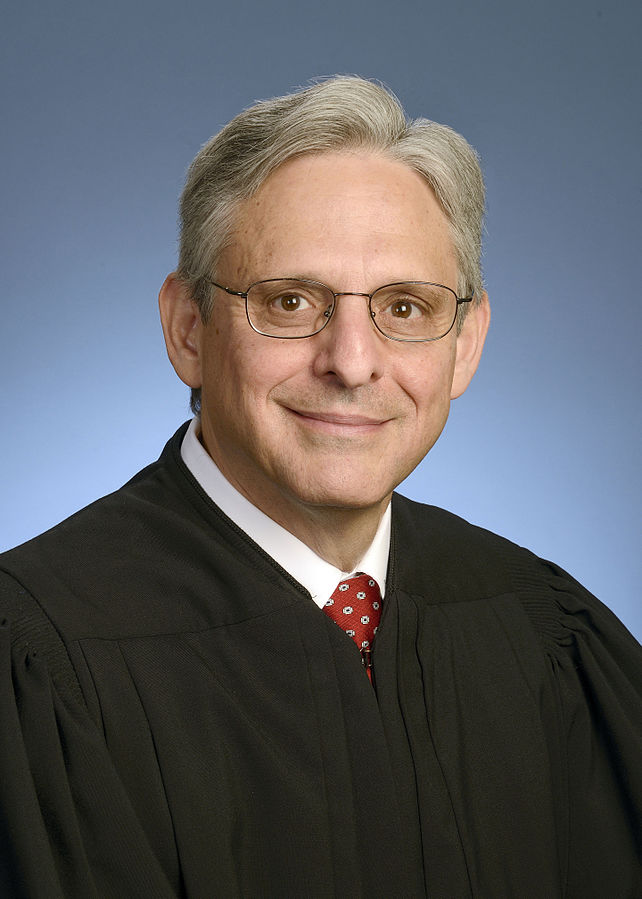 Garland in 2016, from the U.S. Court of Appeals for the District of Columbia Circuit

On March 16, 2016, he was nominated to be an Associate Justice of the Supreme Court of the United States by President Obama. The Senate did not consider the nomination, which expired on January 3, 2017.

His parents were both Jewish, of Lithuanian Jewish, Polish Jewish, Belarusian Jewish, and Russian Jewish descent. Media statements that Merrick was “born to a Jewish mother and a Protestant father” are not correct.

Merrick is a second cousin of politician Terry Branstad, who has served as Governor of Iowa and U.S. Ambassador to China. Merrick’s paternal grandfather, Max Hyman/Harry Garland, and Terry’s maternal grandfather, Louis Edward Garland, were siblings. They had moved from Lithuania to Iowa.

Merrick’s paternal grandmother was named Rose B. Kaplan (the daughter of Mordechai Kaplan). Rose was born in Drohiczyn, Poland.

Merrick’s maternal grandfather was Abraham Meyer Horwitz (the son of Binyamin/Benjamin Horwitz and Rivkah/Rebecca Esther Sverdlov). Abraham was born in Vitebsk Oblast, Belarus. Binyamin was the son of Moishe Horwitz and Sterne Chaya. Rivkah was the daughter of Yehude Sverdlov.

Merrick’s maternal grandmother was named Bessie Loretta Fish (the daughter of Berke/Benjamin Fish and Hodl/Olga). Bessie was born in Illinois, to parents from Russia. Berke was the son of Yeshiya Fish and Sarah. Hodl had roots in Riga, Latvia, and was the daughter of Benjamin.