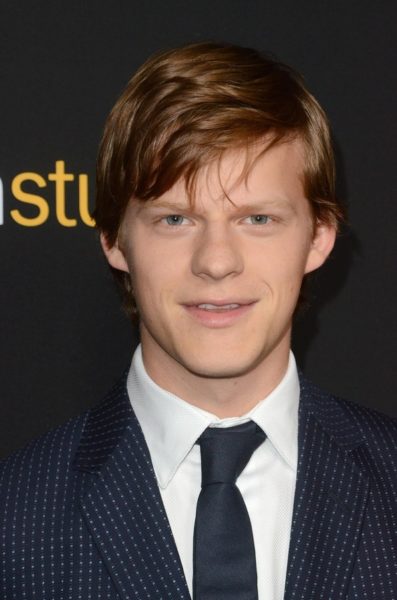 Hedges in 2016, photo by kathclick/Bigstock.com

Lucas Hedges is an American actor. He is known for his roles in the films Moonlight Kingdom, Manchester by the Sea, and Boy Erased, among others.

Lucas is the son of Susan Bruce (Titman), a poet and actress, and Peter Hedges (Peter Simpson Hedges), a novelist, playwright, writer, and director. His parents were among the wave of artistic professionals who settled in Brooklyn in the 1990s. He was raised in Brooklyn Heights and Cobble Hill.

His parents married in an Episcopalian ceremony.

Lucas’s paternal grandfather was The Rev. Robert Boyden Hedges (the son of Walter Raleigh/Rollie Hedges and Rachael/Rachel Boyden). The Rev. Robert was born in Iowa, and was an Episcopalian minister. Walter was the son of Osage Orange Hedges, whose father was English, and of Louisa Jane/Jennie Palmer. Rachael was the daughter of Samuel Frederick Boyden and Lola Leetta/Letta Lambert.

Lucas’s paternal grandmother was Carole/Carol Joan Simpson (the daughter of Henry Ray Simpson and Lila/Leila Loie Krouse). Carole was born in Colorado. Henry was the son of John Clayton Simpson and Willie/Willa Howard Kimbel. Lila was the daughter of Charles/Charley Krouse, who was of German descent, and of Maude/Maud Nellie Noble.

Lucas’s maternal grandmother is Narcissa Daniel Hargroves (the daughter of The Rev. Dr. V. Carney Hargroves, born Vernon Carney Hargroves, and of Narcissa Bruce Daniel). Lucas’s grandmother Narcissa was born in Virginia, and is a theatre director, lecturer, and choir director. Lucas’s great-grandfather The Rev. Dr. V. Carney was a Baptist minister who was president of the Baptist World Alliance. He was the son of Robert Tatum/Tatem Hargroves and Emily Martha Carney. Lucas’s great-grandmother Narcissa was the daughter of Walter Eugene Daniel and Jeannette Eugenia Snead.

Lucas’s matrilineal line can be traced back to Letitia Clarke, who was born c. 1754.

Genealogy of Lucas’s paternal great-grandfather, Walter Raleigh/Rollie Hedges (focusing on his own father’s side) – https://www.wikitree.com

Genealogy of Lucas’s paternal great-great-grandfather, Osage Orange Hedges (focusing on his own father’s side) – https://www.geni.com

Genealogy of Lucas’s mother (focusing on her mother’s side) – http://www.ancestry.ca