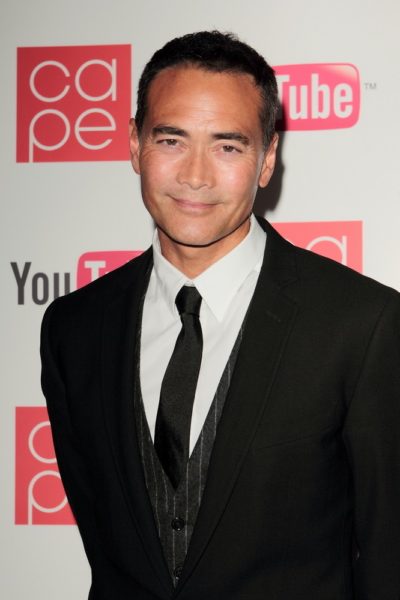 Dacascos in 2011, photo by Prphotos

Mark Dacascos, also credited as Marc Dacascos, is an American actor and martial artist. He plays The Chairman on the show Iron Chef America, and appeared on season 9 of the show Dancing with the Stars.

His father, Al Dacascos, a martial arts instructor, is of Filipino, Spanish, and Chinese ancestry. His biological mother, Moriko McVey-Murray, is of Irish and Japanese descent.

Mark was raised by his father and stepmother, martial artist Malia Bernal.

Mark is married to actress Julie Condra, with whom he has three children.