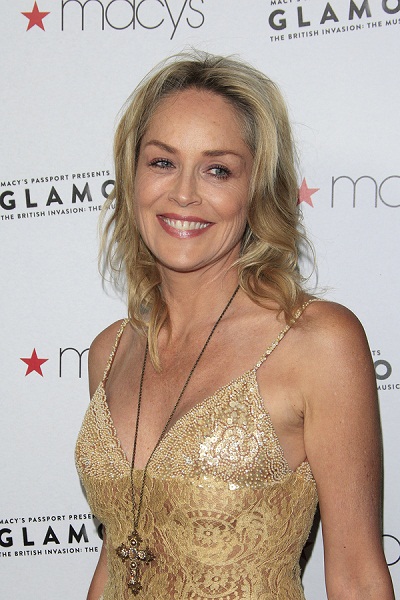 Stone in 2012, photo by Joe Seer/Bigstock.com

Sharon Stone is an American actress, producer, and fashion model.

Sharon is the daughter of Dorothy Marie (Lawson) and Joseph William Stone. Some of her lineage goes back to Massachusetts of the 1600s. She has three children, who are adopted, including one with her former husband, journalist and editor Phil Bronstein.

Sharon’s maternal grandfather was Clarence Grover Lawson (the son of Clifford George Lawson and Blanche Mae/May Hale). Clarence was born in Pennsylvania. Clifford was the son of Hudson/Hud Beach Lawson and Ellen/Ella Florence Hovis. Blanche was the daughter of John Charles Hale and Elizabeth A. “Lizzie” Greggs/Gregg.

Sharon’s maternal grandmother was Freda E. Woods (the daughter of Edgar James Wood and Sadie Irene Robbins). Freda was born in Pennsylvania. Edgar was the son of Stephen W. Wood and Elizabeth Dickinson.

Genealogy of Sharon’s maternal great-great-grandmother, Elizabeth “Lizzie” A. Greggs/Gregg (focusing on her own father’s side) – http://worldconnect.rootsweb.ancestry.com