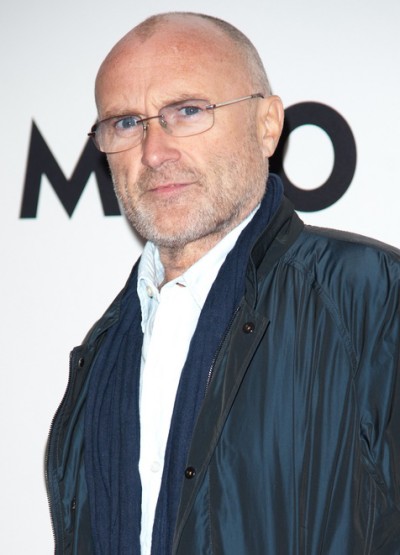 Collins in 2011, photo by Prphotos.com

Phil Collins is an English singer, songwriter, musician, actor, and author. He was the lead singer and drummer of the band Genesis. The band’s members also included Peter Gabriel and Mike Rutherford.

Phil’s paternal grandfather was Austin George Percy Collins (the son of Arthur James Collins and Ellen Piper). Austin was born in Fulham, London, England. Arthur was the son of William Collins and Emily Suggate. Ellen was the daughter of George Piper and Elizabeth Mary Cornell.

Phil’s maternal grandmother was Lillie/Lilian/Lilly/Lily Maud Tozer (the daughter of Alfred Tozer and Sarah Ann Whall). Lillie was born in Wandsworth, London, England. Alfred was the son of Thomas Tozer and Charlotte Burgess. Sarah was the daughter of Robert John Whall and Emma Scarfe.

Genealogy of Phil Collins (focusing on his father’s side) – https://familysearch.org

Genealogy of Phil Collins (focusing on his mother’s side) – https://familysearch.org