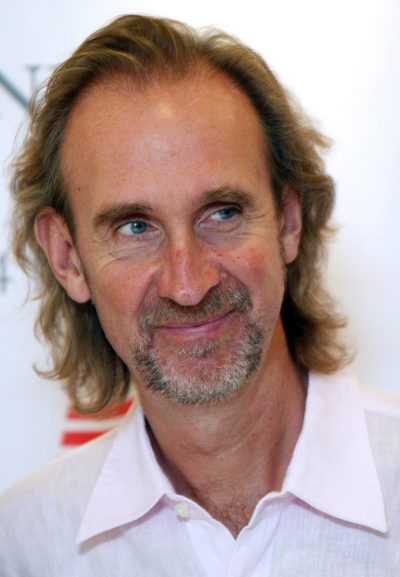 Rutherford in 2007, photo by Prphotos.com

Mike Rutherford is an English guitarist, songwriter, and singer. He is one of the founding members of Genesis, which also included Phil Collins and Peter Gabriel. In 1985, he formed the band Mike and the Mechanics.

Mike is the son of Annette Jessie Downing and Capt. William Francis Henry Crawford Rutherford, a Royal Navy officer. Mike’s paternal great-grandmother was an Afrikaner. Some of her traceable ancestors have lived in South Africa since the 1600s. Mike’s paternal great-uncle (grandmother’s brother) was Dirk Jackson, a rugby player for the Springboks. Mike owns a house in Cape Town’s Bantry Bay, South Africa.

Mike is married to Angie, with whom he has three children.

Mike’s paternal grandmother was Lilla Robertha Jackson (the daughter of Charles Henry Jackson and Johanna Reneira Catherina Cloete). Lilla was born in Wynberg, Western Cape, South Africa. Charles was from Chatham, Kent, England, and was the son of Henry Jackson and Georgina Sophie Goss. Johanna was born in Cape Town, Western Cape, the daughter of Dirk Ryk Arnoldus Cloete, who was an Afrikaner, and of Johanna Reiniera Catherina/Catharina Van Osterzee/Oosterzee, whose own father was Dutch, from Dordrecht, and whose own mother was born in Batavia, Java, Indonesia, to a Danish-born father and a South African mother.

Genealogy of Mike Rutherford (focusing on his father’s side) – https://www.1820settlers.com