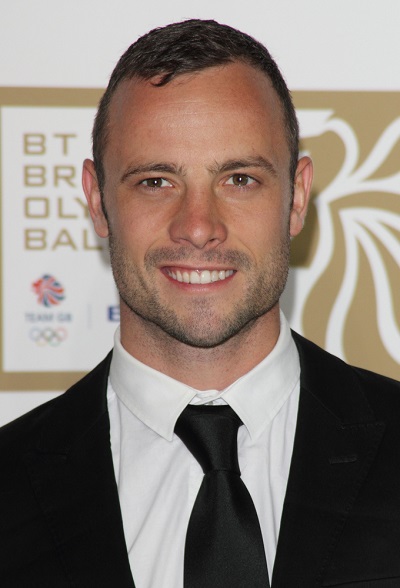 Pistorius in 2012, photo by Prphotos.com

Oscar Pistorius is a South African sprint runner. Both of his legs were amputated below the knee when he was eleven months old, and he competed in events for single below-knee amputees and for able-bodied athletes.

Oscar is the son of Sheila Francis (Bekker) and Heinrich Carl Wilhelm “Henke” Pistorius. His mother was born in Kenya. He has Afrikaner [German and Dutch], some English, and evidently one eighth Italian, ancestry, from his mother’s grandfather, an Italian emigrant to Kenya. He is English-speaking.

Oscar was found guilty of culpable homicide of his girlfriend, model Reeva Steenkamp. In February 2013, he shot her in his Pretoria home.

The original Pistorius emigrants to South Africa were Friedrich Heinrich Pistorius (b. 16 March 1789, Tondorf, Sachsen-Weimar, Germany), his elder brother, Maximilian Ernst Ludwig (b. 1781), and the eight children of Friedrich, who arrived at the Cape, South Africa in 1838, onboard the “Cape Packet.” The family moved to Natal in 1842. The brothers were the sons of Wilhelm August Pistorius and Fredericke Maria Voigt. Friedrich Heinrich (1789-c. 1863), a brick-maker, is considered to be the Progenitor/Stamvader of the Pistorius family in South Africa.

Oscar is a seventh cousin, once removed, of model Candice Swanepoel.