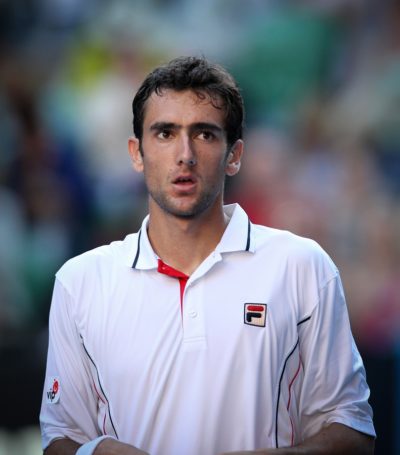 Čilić in 2010, photo by Neale Cousland/www.bigstockphoto.com/

Marin Čilić is a Croatian professional tennis player. He won the 2014 US Open men’s singles.

Marin was born in Krstine, the son of Croatian parents, Koviljka and Zdenko Čilić. He was raised as a Roman Catholic. He is married to Kristina Milković, with whom he has a son.