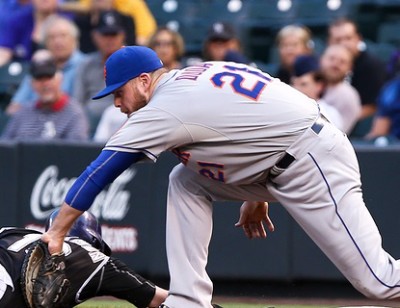 Lucas Duda is an American professional baseball player. He is a first baseman for the New York Mets. His surname is of Polish origin. His father’s name is David Hunt Duda.