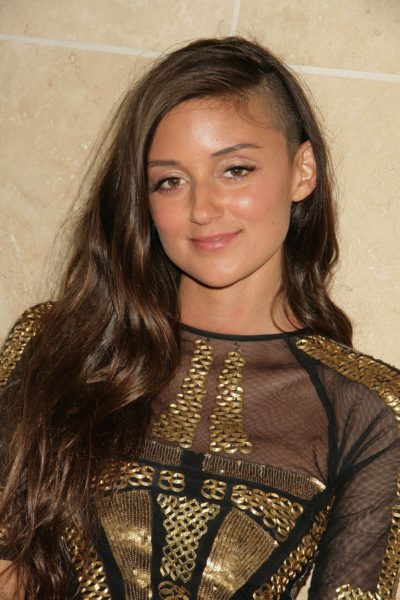 Caroline D’Amore is an American actress, DJ, songwriter, and model. She is the daughter of Bonnie (Major) and Joseph “Joe” F. D’Amore, Jr. She has a sister, Christie. Bonnie passed away when Caroline was six years old. Caroline and her sister were raised by their father.

Caroline is married to musician Bobby Alt, a founding member of punk rock band Street Drum Corps. The couple has a daughter.

Caroline’s paternal grandmother is Nicoletta/Nellie Lanci (the daughter of Luigi/Louis Antonino Lanci and Lina). Nicoletta was born in Massachusetts, to Italian parents. Luigi was born in Messina, Sicily, the son of Pasquale Lanci and Nicoletta Castorina.

Caroline’s maternal grandfather was Whetton Philip “Phil” Harry Major (the son of Philip J. Major and Jessie Flora Pringle). Whetton was born in Nova Scotia, Canada, to parents from Canada. Jessie was the daughter of James Pringle and Issabel McAuly/McAuley.