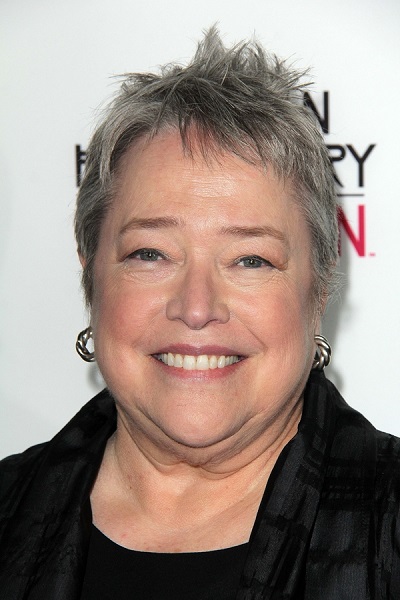 Bates in 2013, photo by s_bukley/Bigstock.com

Kathy Bates is an American actress and director. She won the Academy Award for Best Actress for Misery (1990).

Kathy is the daughter of Bertye Kathleen (Talbert) and Langdon Doyle Bates.

Kathy’s patrilineal line can be traced to Joseph Bate/Bates, who was born, c. 1628, in Biddenden, Kent, England, and to his wife, Esther Hillard/Hilliard, who was born in Boston, Suffolk County, Massachusetts, to English parents.

Kathy’s paternal grandfather was Finis L. Bates, an author and lawyer (Finis Langdon Bates, the son of Henderson Wesley Bates and Eliza Elvira/Elvirey Janet Bourland). Finis was born in Mississippi. Henderson was the son of Robert Patrick Bates and Jennie/Jane Hill. Eliza was the daughter of Ebenezer Jackson Bourland and Abigail Loving.