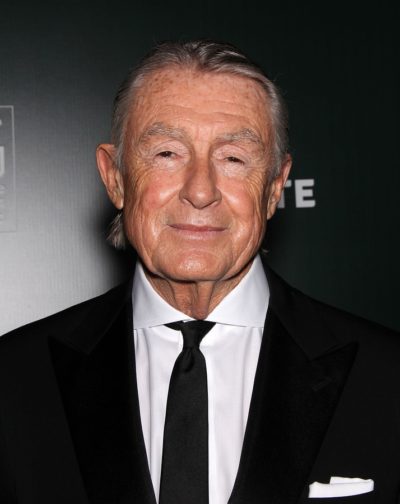 Schumacher in 2011, photo by DFree/www.bigstockphoto.com/

Joel Schumacher was an American film director, screenwriter, and producer. He is known for his many thriller and action films, including The Lost Boys, The Client, Batman & Robin, and Phone Booth.

Joel was the son of Marian/Marion (Kantor/Kanter) and Francis W. “Frank” Schumacher/Shuhmacher. His father, from Tennessee, was Baptist. His mother was born in Illinois, to a Russian Jewish father and a Swedish Jewish mother. His maternal grandparents both lived in Sweden before coming to the U.S.

Joel’s maternal grandmother was named Toby/Tobia Margolis (the daughter of Samuel Jacob Margolis). Toby was born in Sweden, to a Jewish family. She had roots in Lithuania. Samuel was the son of Abraham Margolis.

Genealogy of Joel Schumacher (focusing on his mother’s side) – https://www.geni.com