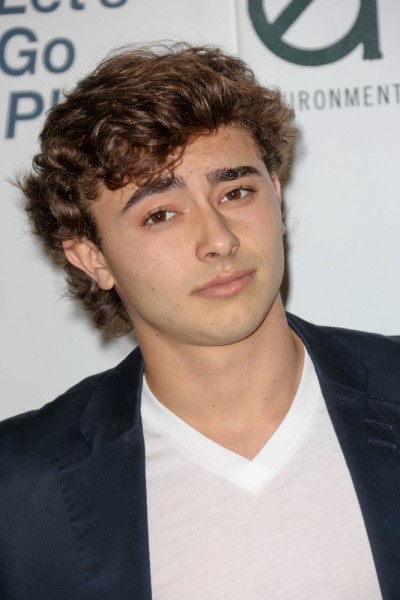 Panettiere in 2013, photo by Prphotos

Jansen Panettiere is an American actor. His roles include the films The Perfect Game, Ice Age: The Meltdown, The Martial Arts Kid, and How High 2.

He is the son of Alan Panettiere and Lesley R. Vogel, an actress. His sister is actress, model, singer, and activist Hayden Panettiere.

Both of Jansen’s parents are of half Italian descent (his father’s father and his mother’s mother). His other roots include German and English. His surname, Panettiere, is pronounced Pan-Uh-Tee-Air-Ee, and means “baker” in Italian.

Jansen’s paternal grandfather is Dominick N. Panettiere (the son of Donato/Daniel Panettieri/Panettiere and Jacomina/Jaicomina Signorile). Dominick was born in New York, to Italian parents. Donato was born in Altamura, Bari, the son of Carlo Panettieri and Leonarda Oliva.

Jansen’s maternal grandmother is Eunice B. “Tam” Latty (the daughter of Salvino/Salvin Frank Latty and Rose/Rosyln L. Shaw). Eunice was born in Maine, to Italian parents. Rose was the daughter of Joseph Shaw and Maria/Mary Pagoni.

Genealogy of Jansen’s paternal great-grandfather, Joseph Edmond Boland (focusing on his own mother’s side) – http://worldconnect.rootsweb.ancestry.com