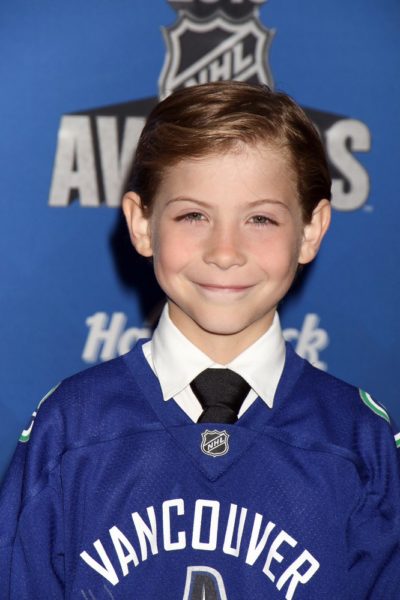 Tremblay in 2016, photo by Prphotos

Jacob Tremblay is a Canadian actor. He is known for starring in the films Room (2015), The Book of Henry (2017), Wonder (2017), and Good Boys (2019), among others. His sisters are actresses Emma Tremblay and Erica Tremblay. His father, Jason Tremblay, has also acted, including appearing as the older sibling on the first episode of Are You Afraid of the Dark?

Jacob’s maternal grandfather is Chilean. A picture of Jacob and his grandfather can be seen here.

Jacob’s maternal grandmother is Karie Still (the daughter of David James Still and Maria Giles). David was the son of James Madill “Jim” Still and Alice Martha Atwood, who was from Wyoming. He had English, Scottish, Northern Irish, and distant German, ancestry. The Still surname comes from Newhills, Aberdeen, Scotland. Alice’s father had deep Colonial American, and Scottish, ancestry, and Alice’s mother was English. Jacob’s great-grandmother Maria was the daughter of English-born parents, William Duncan Giles and Emily Beatrice McCready Mortensen. Emily’s father was Danish and her mother was Irish.

Genealogy of Jacob Tremblay (focusing on his father’s side) – http://worldconnect.rootsweb.ancestry.com