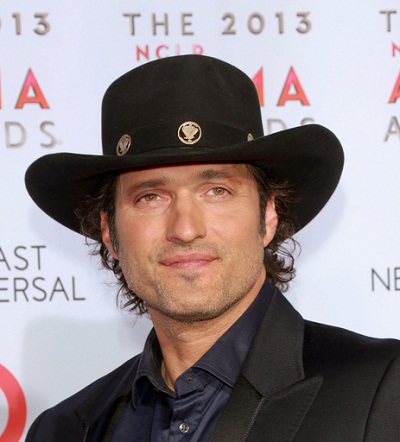 Rodriguez in 2013, photo by Prphotos

Robert Rodriguez is an American director, writer, cinematographer, producer, editor, musician, actor, and cartoonist. He is famous for his films Frank Miller’s Sin City and Planet Terror. He has made films in both English and Spanish. He was born to parents of Mexican descent.

Robert has five children, including actor Rebel Rodriguez, with his former wife, Venezuelan-born producer Elizabeth Avellán, who worked on his films. Robert is a cousin, to some degree, of actor Danny Trejo.

Robert’s paternal grandfather was Valentin Rodríguez (the son of Cecilio Rodríguez and Paula Peña). Valentin was born in Texas. Paula was the daughter of Domingo Peña and Jesusa Vasquez.

Robert’s paternal grandmother was Severina Garza (the daughter of Teodoro Garza and María Antonia Parra). Severina was born in Texas. Teodoro was the son of Placido Garza and Juana Martínez.

Robert’s maternal grandfather was Bernardo Villegas (the son of Antonio Villegas and María Antonia Molinar). Bernardo was born in Texas. Antonio was the son of José Guadalupe Villegas and Alvina Lozano. Maria Antonia was the daughter of Luis Molinar and Ramona Dominguez.