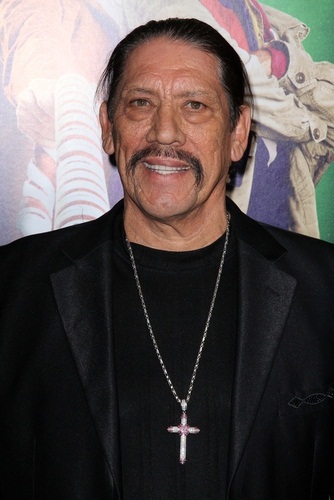 Danny Trejo is an American actor. He is famous for playing a bad guy in various Hollywood films.

Danny is the son of Alice (Rivera) and Dan Trejo. He grew up roaming the streets of L.A., where he eventually became interested in boxing. A drug addiction and a prison sentence dashed any chances of him taking boxing up professionally.

Danny is of Mexican descent. He has five children, including two with his former wife Debbie Shreve. He is a cousin, to some degree, of filmmaker Robert Rodriguez.

Genealogy of Danny Trejo (focusing on his father’s side) – http://www.geni.com