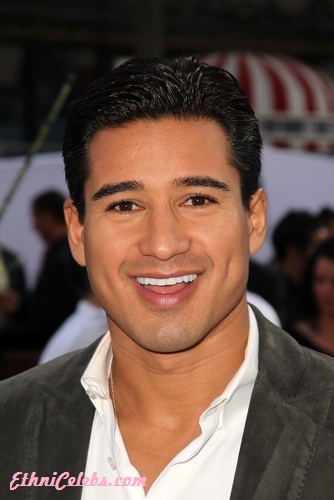 Mario Lopez is an American actor and television and radio host. He is known for playing A.C Slater on Saved by the Bell, and has hosted shows including Extra, Access Hollywood, America’s Best Dance Crew, and The X Factor.

His parents, Elvira Soledad Trasviña and Mario Alberto López Pérez, are Mexican immigrants. His father was born in Culiacán, Sinaloa. His mother was born in Tijuana, Territorio Norte de Baja California. He is married to actress and producer Courtney Mazza, with whom he has three children. His sister Marissa Lopez is married to professional football player Kailee Wong. Mario is a devout Catholic, and underwent baptism by immersion at the Jordan River.

He was a high school wrestler and is an avid boxing fan. He also commentates professional boxing fights.

A DNA test whose results were displayed on the show Finding Your Roots with Henry Louis Gates, Jr. (2022) stated that Mario’s genetic ancestry is:

Mario’s paternal grandfather was named Luciano López Burgos. Luciano was born in El Ranchito, El Salado, Culiacán, Sinaloa, México. He moved to the U.S. in 1952, illegally, and was returned to Mexico. He came back to the U.S. legally in 1957.

Mario’s maternal grandfather was Rafael Trasviña Alatorre (the son of Salomé Trasviña Palacios and Soledad Alatorre López). Rafael was born in La Paz, El Territorio Sur de Baja California, Mexico. He moved to the U.S. in the 1950s with his mother. Salomé was the son of Epigmenio Trasviña and Doña Jesús Palacios de Trasviña.