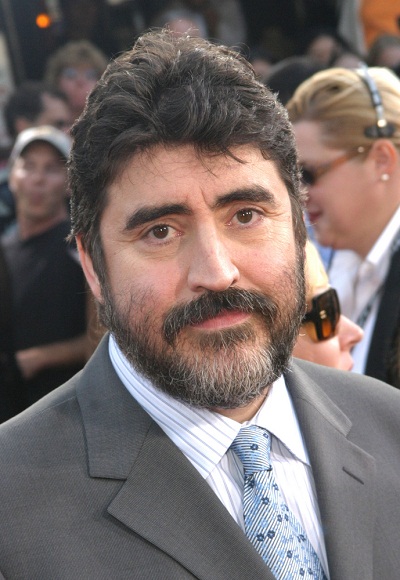 Alfred Molina is a British actor. His many roles include Prick Up Your Ears, Chocolat, The Da Vinci Code, Rango, Feud, Diego Rivera in Frida, and Dr. Otto Octavius in Spider-Man 2 (2004).

He was born in Kensington, London, England, and was raised in a neighborhood inhabited by many other immigrant families, in Notting Hill. His father, Esteban Molina, was Spanish, and came to England in 1939. His mother, Giovanna (Bonelli), was Italian, from San Damiano d’Asti, Piedmont, and came to England in the late 1940s. Alfred is fluent in English, Spanish, and Italian.

Alfred is married to American screenwriter and film director Jennifer Lee, who has been CCO of Walt Disney Animation Studios, since June 2018. He was previously married to actress Jill Gascoine, until her death. He has a daughter. Alfred has also become a U.S. citizen.

Sources: Interview with The Guardian – http://www.guardian.co.uk