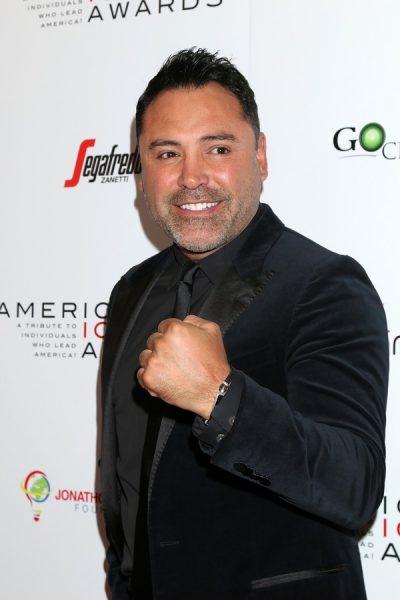 Oscar De La Hoya is an American professional boxer, boxing promoter, and mixed martial arts (MMA) promoter. He was born into a boxing family. His grandfather, father, and brother were all professional boxers. Oscar is the first Hispanic boxer to own a national boxing promotional firm, and has generated more money from boxing than any other boxer. He is nicknamed “The Golden Boy.”

Oscar is the son of Cecilia Padilla González and Joel Félix de la Hoya Salas, who are Mexican immigrants. Oscar is married to Puerto Rican singer and actress Millie Corretjer. He has five children, including a daughter with his former partner, model, actress, and reality television personality Shanna Moakler, and two with Millie.

He was granted Mexican citizenship in 2002.

Source: Genealogy of Oscar de la Hoya (focusing on his father’s side) – http://www.geni.com 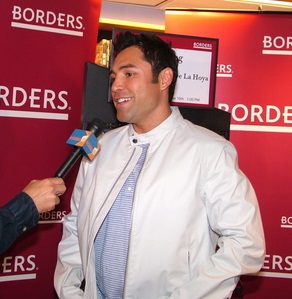 image via Mary A Lupo / Shutterstock.com