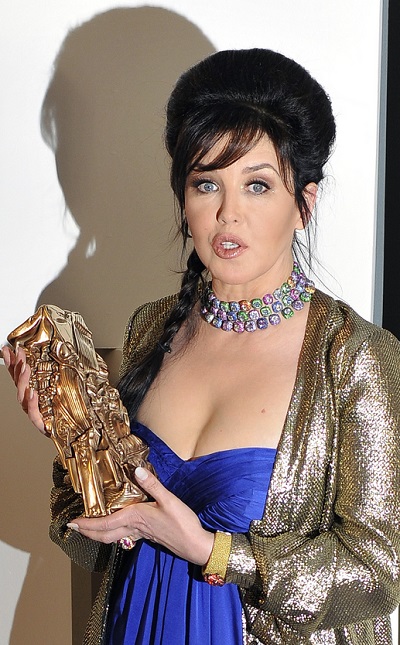 Adjani in 2010, photo by Prphotos.com

Isabelle Adjani is a French actress and singer. She is a two time Academy Award nominee.

Her father, Mohammed Adjani, was an Algerian Kabyle Muslim, from Iferhounène, Kabylie. Her mother, Emma Augusta “Gusti” (Schweinberger), was a German Catholic, from Bavaria. The two met near the end of World War II, when Mohammed was in the French Army. They married and Emma returned with him to Paris, not speaking a word of French.

Isabelle grew up bilingual, speaking French and German fluently, in Gennevilliers, a northwestern suburb of Paris. She has said that her parents used their ethnic and cultural differences against each other in arguments. Her mother asked her father to take “Cherif” as his first name as it sounded more “American.” Emma also used to say that her husband was Turkish because she was ashamed of his Algerian background.

Isabelle has been vocal against anti-immigrant and anti-Algerian feeling in France.

Source: Genealogy of Isabelle Adjani (focusing on her mother’s side) – https://gw.geneanet.org