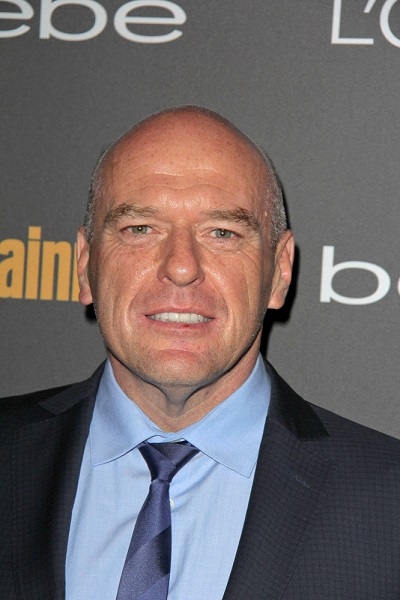 Norris in 2013, photo by Prphotos.com

Dean Norris is an American actor. He is known for his roles in the series Breaking Bad and in the films Remember, Death Wish, and Scary Stories to Tell in the Dark, among many others.

Dean is the son of Rosemary and Jack Norris. He is married to Bridget, with whom he has five children.

Dean’s paternal grandfather was Ralph John Norris (the son of John Brant Norris and Annie Elizabeth Harper). Ralph was born in Illinois, to an English mother.

Dean’s paternal grandmother was Agnes Collins (the daughter of Tunis V. Collins and Emma B. Eilerman). Agnes was born in Ohio. Tunis was the son of Addison Collins and Sallie B.

Dean’s maternal grandmother was Julia Batcho (the daughter of Sandor/Alexander/Ellis Bacso/Batcho and Veronica Sarvicst). Julia was born in Illinois, to Hungarian parents.