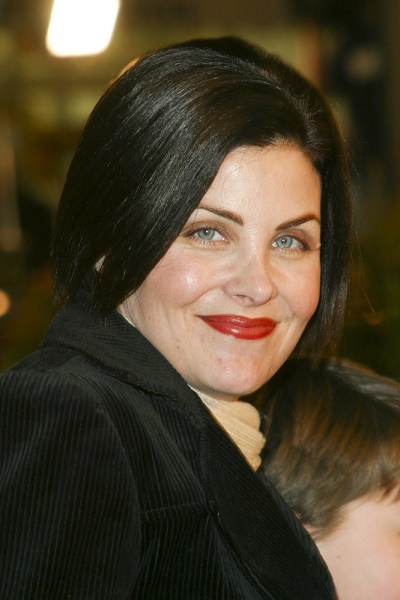 Sherilyn Fenn is an American actress.

She is the daughter of Leo Fenn and Arlene Quatro. Sherilyn’s aunt is singer Suzi Quatro, who is her mother’s sister. She has two children.

Sherilyn’s paternal grandfather was Leo Edward Fenn, Sr. (the son of Truman A. Fenn and Almeda Parks). Leo was born in Michigan. Truman was the son of Courtney S. Fenn and Ann/Anna McDonough, who was of Irish origin. Almeda was the daughter of Angevine Byron/Searles Parks and Elizabeth “Libbie” Forner, who was of German descent, from Bas-Rhin, Alsace.

Sherilyn’s maternal grandfather was Arthur James Quatro (the son of Michele/Michael Quattrocchi/Quatro and Laura Flora Bell Boscoli). Arthur was born in West Virginia. Michele was Italian, and was born in Sulmona, Abruzzo, Italy, the son of Francesco Quattrocchi and Orsola Gentile. Laura was born in Pennsylvania, to Italian parents.

Genealogy of Sherilyn Fenn (focusing on her mother’s side) – https://www.geni.com