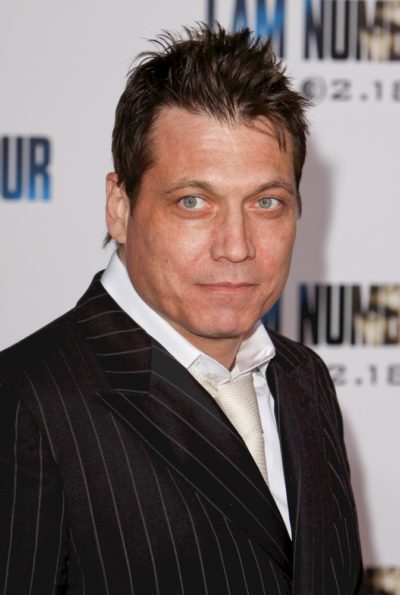 McCallany in 2011, photo by Prphotos

Holt McCallany is an American actor, producer, and writer. He is known for his starring role on the series Mindhunter, along with often appearing in film and television. He played a Native American character in the film Creepshow 2.

Holt is the son of singer and actress Julie Wilson (born Julia Mary Wilson) and actor and producer Michael McAloney. His father was Irish, from Roscrea, Ireland. His mother was American, from Nebraska. Holt was raised partly in Nebraska and Ireland.

Holt’s maternal grandfather was Russell Frank Edmund Wilson (the son of John Walford Wilson and Mathilda/Matilda Maria Larson). Russell was born in Frankfort, Iowa, to Swedish parents, from Västra Götaland, his father from Gökhem and his mother from Backen. Mathilda was the daughter of Johannes Larsson and Inga Stina Christina Johansdotter.

Holt’s maternal grandmother was Emily Bennett Wilson (the daughter of John Abslon Wilson and Martha Elizabeth Gover). Emily was born Wheatland, Missouri, and had partly deep roots in the U.S. She was of English, smaller amounts of Scottish and German, and more distant French and Swiss-German, ancestry. John was the son of John T. Wilson, whose father was a Scottish emigrant, from Saint Andrews, and of Emily Bennett. Martha was the daughter of Fountain J. L. Gover and Czarina Parker.