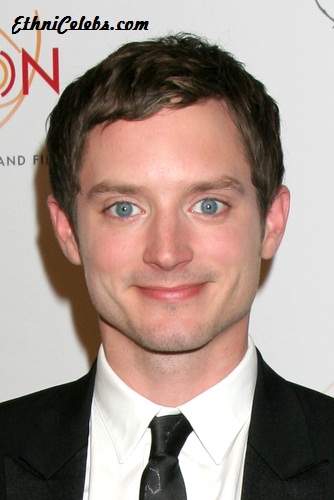 Elijah Wood is an American actor, film producer, and DJ. He is known for starring as Frodo Baggins in the Lord of the Rings series, and for his many other films. His sister, Hannah Wood, has also acted.

His father is of half English-Irish and half German descent. His mother is of one half Danish, one quarter German, and one quarter Austrian, ancestry.

Elijah has one child with Danish producer Mette-Marie Kongsved.

Elijah’s paternal grandfather was Charles Fredric Wood (the son of William P. Wood and Elizabeth Jane Higo). Charles was born in Iowa, to English parents. William from Manchester, and was the son of James Wood and Elizabeth Tattersall Bramwell. Elijah’s great-grandmother Elizabeth was from Cumbria, and was of Irish or half Irish ancestry. She was the daughter of James Higo and Alice Bridget McCann.

Elijah’s maternal grandmother was Beverly Ann Stebritz (the daughter of Henry/Heinie William Stebritz and Rose H./E. Madsen). Beverly was born in Iowa. Henry was an Austrian immigrant, and was the son of Joseph Frank Stebritz and Barbara Ernestine Finster/Fenster. Rose’s parents, Christaffer/Chris/Christ Madsen and Johanna/Anna K. Hansen, were Danish.