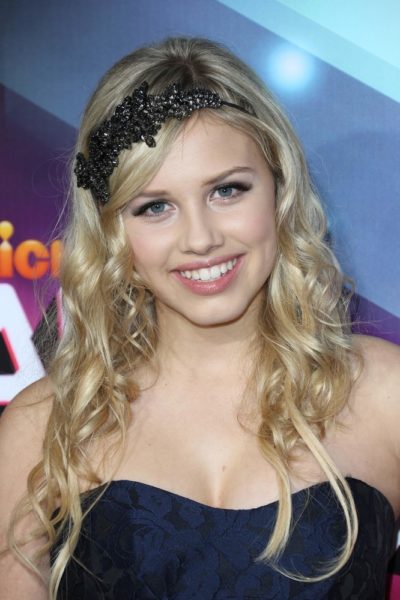 Gracie Dzienny is an American actress and model. She is known for her roles on the shows Supah Ninjas, Chasing Life, and Zoo.

Gracie’s paternal grandfather was Arnold S. Dzienny (the son of Stanley Dzienny and Helen Jazwiecki). Stanley was born in Poland, the son of Andrew Dzienny and Pelagia Wroblewski. Helen was born in Ohio, of Polish descent.

Gracie’s paternal grandmother was Ann M. Cousino (the daughter of Dennis Cousino and Isabell M. Bubenko). Dennis was the son of Lawrence C. Cousino and Julia E. Scofield, who was born in Pennsylvania, to a father from England and a mother from Ireland. Isabell was the daughter of Hungarian parents, Matthew/Matthars Bubenko and Elizabeth Kustarau.

Gracie’s maternal grandfather was Ronald Louis Stiebler (the son of Fred Paul Stiebler and Virginia E. Guhl). Ronald was born in Toledo, Ohio. Fred was the son of German immigrants, Fred Stiebler and Margaret Weiss. Virginia was the daughter of Herman David Guhl, whose parents were German, and of Anna Barbara Loth, whose father was from France, and likely was of Alsatian descent, and whose maternal grandparents were German, from Baden.

Gracie’s maternal grandmother was Una W. Shannon (the daughter of Tomas Patrick Shannon and Maude Bolland). Una was born in Ballaghaderreen, County Roscommon, Ireland, and emigrated to the U.S. when she was eighteen.