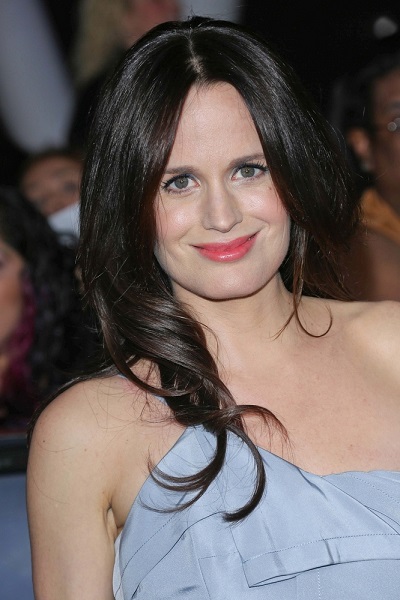 Elizabeth Reaser is an American actress. Her stepfather was businessperson William Davidson.

Elizabeth’s paternal grandfather was John Donald Reaser (the son of Irl Franklin Reaser and Elizabeth C. Applebach). Irl was the son of Franklyn M. Reaser and Martha Boss. Elizabeth’s great-grandmother Elizabeth Applebach was the daughter of Francis Joseph Applebach and Annie/Anna L. Solon, who was of Irish descent.

Elizabeth’s paternal grandmother was Betty May Oswald (the daughter of Frank P. Oswald and Eva May Floto). Frank was the son of William Oswald, who was born in Canada, of German descent, and of Emma Pettersch, who was Bohemian/Czech. Eva was the daughter of George Floto, who born in Canada, to German parents, and of Christina F. Prihen, who was German.