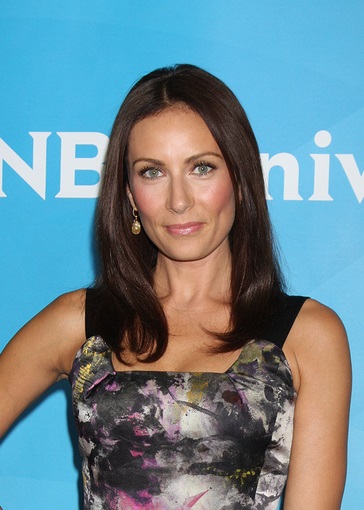 Benanti in 2012, photo by kathclick/www.prphotos.com

Laura Benanti is an American actress and singer.

Laura is the daughter of Linda and Martin Vidnovic. Laura was raised by her mother and stepfather, Salvatore Benanti, in Kinnelon, New Jersey.

Laura is married to Patrick Brown, with whom she has two children.

Laura’s paternal grandfather was Burke Vidnovic (the son of Božo Vidnjević/Vidnovic and Smilyna/Cecilia Devic). Burke’s parents were from Ponikve, Yugoslavia.

Laura’s maternal grandfather was named William Karl Wonneberger (the son of Oswald K. Wonneberger and Louise). William was born in Washington, D.C., to a German father, and to a mother who was born in New York, to German parents.