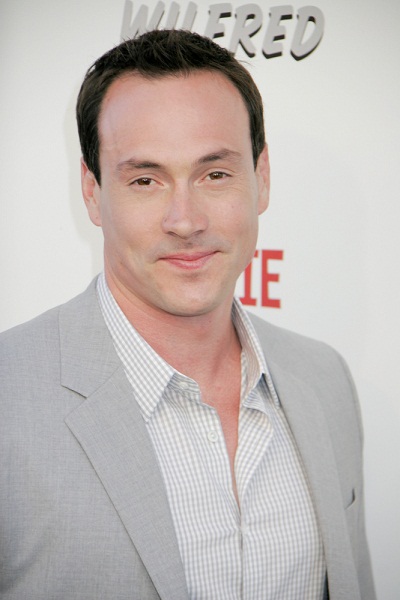 Chris Klein is an American actor. He is known for his role as Oz in the American Pie films.

Chris is married to travel agent Laina Thyfault, with whom he has two children.

Chris’s paternal grandfather was Fred/Frederick Christopher Klein (the son of Robert A./Rudolph Klein and Elizabeth Caroline Fritz). Fred was born in Pennsylvania, of German descent. Robert was the son of Friedrich C. Klein and Sophia Rueckeisen. Elizabeth was the daughter of Johann Georg Fritz and Sophia Nurser.

Chris’s maternal grandfather was Jeremiah Joseph “Jerry” Bergen (the son of Richard James Bergen and Josephine M. Curtin). Jeremiah was born in Illinois. Richard was born in Chicago, of Irish descent, the son of Lawrence Bergen and Ellen B. O’Toole. Josephine was also born in Chicago, also of Irish descent, the daughter of Jerry Curtin and Mary Jo Ryan.

Chris’s maternal grandmother was Lucy Catherine Kluth (the daughter of Henry Theodore Kluth and Lucy Louise Brush). Chris’s grandmother Lucy was born in Illinois. Henry was the son of John Theodore Kluth and Anna S. Luken, who were German immigrants. Lucy Brush was the daughter of Henry B. Brush, who was born in New York, and likely had English ancestry, and of Kittie E. Murray, who was born in Ohio or Illinois, to Irish parents.