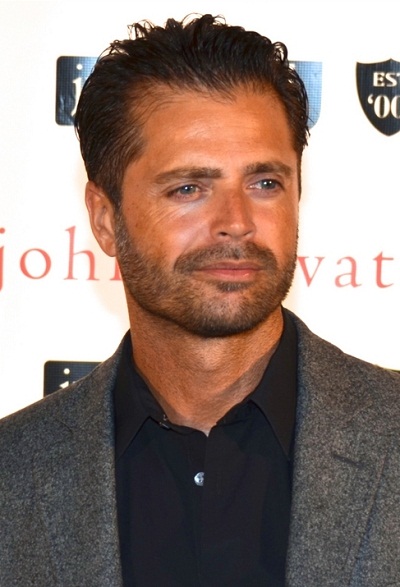 Charvet in 2012, photo by Prphotos.com

David Charvet is a French singer, actor, model, and television personality. He is known for playing Matt Brody in the series Baywatch (the same character played by Zac Efron in the 2017 film version).

David is the son of Christiane/Christianne and Paul Guez (Paul Salomon Guez). His father founded the Sasson brand of jeans in the 1980s.

His father is of Tunisian Jewish descent. His mother is French; it is not clear if she is also Jewish, but it is possible; she is now married to Dov Mordechai Haddad, who is also of Tunisian Jewish background. David was raised Jewish.

David has two children with his former wife, model and television personality Brooke Burke. Their children were raised Jewish, as well.

David’s paternal grandfather was Félix Saïed Guez (the son of Abraham Guez and Gamara Guez). Félix was born in Nabeul, Tunisia. Abraham was the son of Feija Guez and Jmila Mamou. Gamara was the daughter of Nissim Guez and Omi H’beika.

David’s paternal grandmother was Marguerite Esther Uzan (the daughter of Shoua Uzan and Simha Koskas). Shoua was the son of Armand oumran Uzan and Hafsia Cohen. Simha was the daughter of Aaron Koskas and Esther Omi toutou Chiche.

Source: Genealogy of David Charvet (focusing on his father’s side) – https://www.geni.com