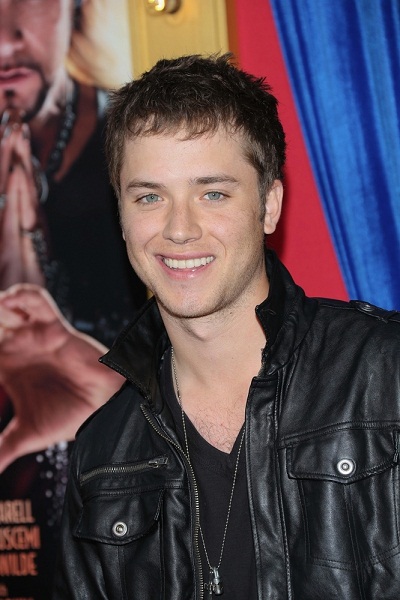 Sumpter in 2013, photo by PrPhotos

Jeremy Sumpter is an American actor. He starred in the title role of the film Peter Pan (2003).

Jeremy was raised in Mount Sterling, Kentucky, where his mother is from.

Jeremy’s paternal grandfather was Myron Glenn Sumpter (the son of Thomas Jefferson Sumpter and Mamie May Roush). Myron was born in Minnesota. Thomas was the son of Bluford Sumpter and Mary Jane Cottrell. Jeremy’s great-grandmother Mamie was the daughter of William J. Roush and Eliza Jane Thomason.

Jeremy’s maternal grandfather is Robert Ray Johnson (the son of Roy Johnson and Alice Marie Rankin). Robert was born in Kentucky. Roy was the son of James William Johnson and Bessie Ray. Alice was the daughter of William Henry Rankin and Iva Burbage Carter.

Genealogy of Jeremy’s paternal great-great-grandfather, William J. Roush (focusing on his own father’s side) – http://worldconnect.rootsweb.ancestry.com